And There Was Light!

Maureen OKane’s book, And There Was Light!, compares various examples of Scripture science with when modern science confirmed them to be true.  It also points to the logical reason behind ancient cultures understanding scientific facts hundreds and even thousands of years earlier.

Written as an invitation to consider a fresh look at these often controversial manuscripts, this book is appropriate for both believers and non-believers.

On the top floor of an empty warehouse, two strangers stand at opposite ends, looking through windows at a crime occurring on the street below. You are asked to investigate. Do you interview just one of the witnesses or both? Will one view be enough to put the pieces together, or will having both raise the odds of finding the truth? Our world often portrays scripture and science as being like those witnesses: too much distance between them to be anything more than conflicting opposites. And yet they both testify to the same event and strive to answer the same questions.

Even our human response finds common ground as we study and experience both natural and supernatural worlds. People describe being changed from within, touched deeply, feeling a connection to something outside of themselves when immersed in either ancient wisdom or new discoveries. Is it possible these shared expressions and acknowledgments reveal a common Spirit?

This is an invitation to consider the view from my window… 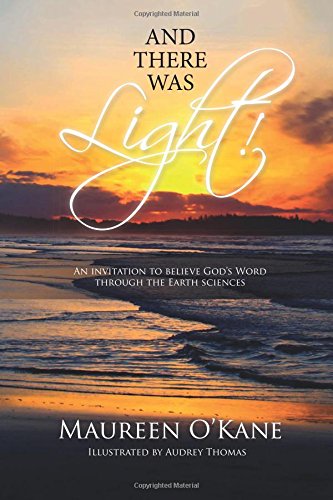 “And There Was Light!” available on Kindle and in paperback:

10% of all proceeds go towards helping families in need.